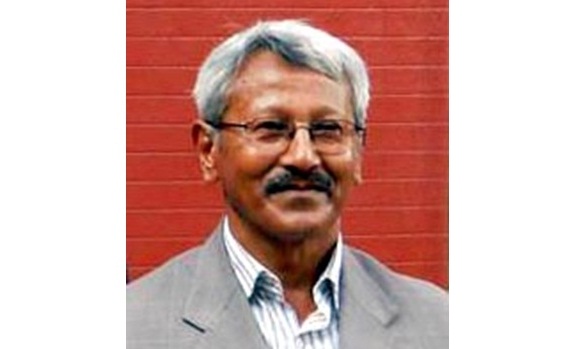 The events to mark the World Environment Day this week also expected to bring EV agenda to light realizing need of EV promotion.

The White Paper says that 50 percent of vehicle imports will be electric drive in coming 5 years. The Government of Province 3 says that a target will be set to electric drive to all transport systems in the main cities of the province within 2028. Earlier, the Finance Minister on one fine day in Birgunj spelled out that there will be all electric vehicles by 2030.

It is worthy to recall that the Environment Friendly Vehicles and Transport Policy 2071 (August 2014) had a target to witness environment friendly transport systems and vehicles at 20 percent by 2020 AD.

Slashing of tax on import of EVs to 10 percent and VAT of 13 percent since two years back has been a landmark. Likewise, the Government had instructed to commercial banks to allow auto loan up to 80 percent is another positive action to this effect.

One more action to appreciate in this connection is the Proposal registered by enthusiastic Parliamentarians on September 15, 2017 which stresses on need of electric transportation in the Kathmandu Valley by 2027 and the entire country by 2031 AD. The proposal also logically elaborates the benefit of electric transportation in health sector, environment, economics and consumption of clean energy to be generated in the country.

The EVs will be not only consuming part of electricity generated in the country by renewable sources but also they will significantly contribute to reduce air pollution and replace use of fossil fuel which the country pays approximately 140 billion rupees to import in the current fiscal year (16th July 2017 – 16thJuly 2018). As such, economists believe that use of electric vehicles can reduce import of fossil fuel and help improve balance of payment.

Despite of many benefits could be harvested by using electric vehicles which have been advanced by energy storage technologies and comforts in uses the attentions and activities are too slow in Nepal. As such, people who are responsible must coordinate the efforts and actions for the noble cause of environment and economics. As a matter of fact the government and authorities need to work with experts for the fruitful outcome of plan of actions. The authorities must not have different opinions in implementations of policies.

Thus, the target of ‘electric vehicles only’ to operate should be a common agenda among the leaders and planners so as different announcements must not create confusion to the stakeholders and campaigners. The policies on target and activities of the close neighbors and different countries may be useful in formulating a national policy on EVs to promote in Nepal.

The Federal Government may take benefit by coordinating with experts, academia and private sector to speed up the activities so as the stakeholders are not finding a favorable climate to invest on electric transport systems. Thus, the private sector must be convinced first on better use of EVs. The elaborations of the Environment Friendly Vehicles and Transport Policy 2071 (August 2014) may be referred for the best of planning on EV promotion. The provisions incorporated in the policy may create direct way outs as there are provisions for conversion, battery recycling, charging stations and so on.

The ideas on Metro and Monorails are also becoming news matters these days. Such things are considered to dignify the big cities. But the cost forecasts on these facilities are highly expensive so as the common passengers will not be able to afford to travel on. The electric buses may be taken as best options which are not so much expensive and can manage to ply on the already built roads. The electric buses to introduce will need only stations for recharging batteries. Likewise, electric taxis can also be introduced without much effort.

This is also a high time for the Federal Government to take an opportunity on formulating relevant Act for conversion of fossil fuel vehicles to electric drive system. This will open up one new way for electric vehicles to ply on cities roads soon more in number.

However, it is necessary that the government should be comfortable to working with private sector for the rapid promotion of electric vehicles for multiple benefits to make speeches and documents made public so far to be fruitful.

The common view of the documents and speeches said above stress on electric vehicles to prioritize against use of fossil fuel vehicles, but they differ in ideas to achieve goals, methodology and time frame. Therefore an institution with authority to put efforts may be right instrument to coordinate the needful actions.