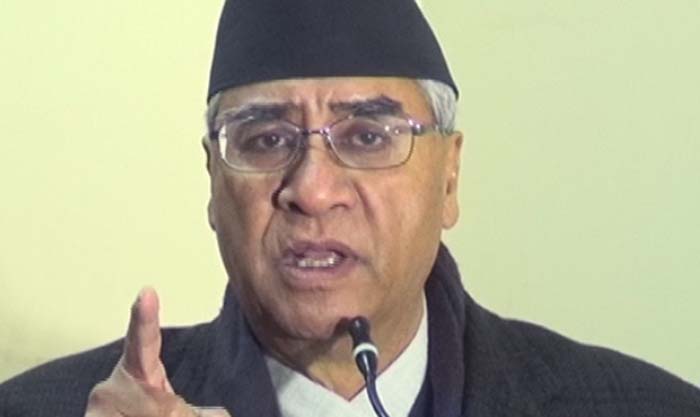 Kathmandu: Opposition Nepali Congress President Sher Bahadur Deuba has accused the government of opting to fence in the freedom of speech and expression.

Deuba, also the former Prime Minister said this in his address to the launching of ‘Jaya Nepal Souvenir’ and felicitation programme organized here Saturday by NC Achham-Kathmandu Liaison Committee.

The main opposition leader warned to intensify stir from parliament and street against the government’s ill-intent to muzzle the democratic values and norms by introducing Media Council Bill, Information Technology Bill and Human Rights Bill.

He also called on the parliament to not enshrine provisions that would undermine the citizens’ democratic rights. “We would not allow the enactment of bills in a way to suppress democratic rights and freedoms. If the government attempted to make them arbitrarily we would come out to the protest from all fronts”.

Also speaking on the occasion, NC central member NP Saud shared that the party would bring the issue of undemocratic conducts of the government among the people through the second edition of awareness raising.