We resolve the border issues through talks and diplomatic means: Khatiwada |
Skip to content
Nepali Edition 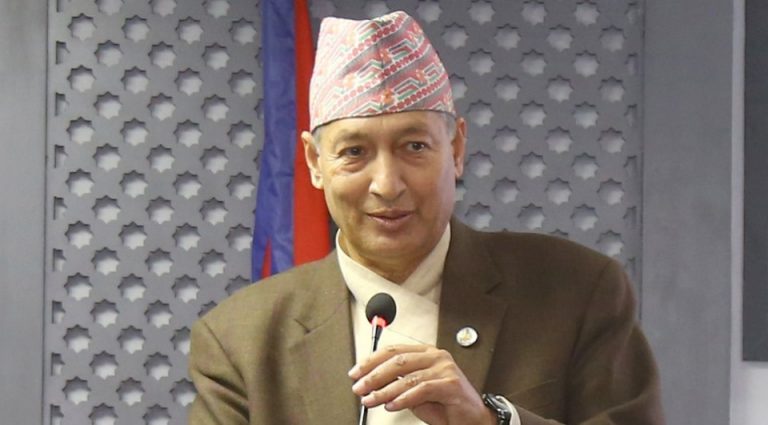 Kathmandu: The government has said it would resolve the border issues through talks and diplomatic means on the basis of evidences.

While sharing information on the government decisions, government Spokesperson and Minister for Communications and Technology Yubaraj Khatiwada asserted that the government would be able to convince the neighbouring country to return Nepal’s land. The meeting of the Council of Ministers held this morning took this decision.

He informed that the government decided to present a bill in the parliament, seeking the constitutional amendment to incorporate the revised map of the country in its Coat of Arms. The amendment would be made on Index 3 of the constitution.

Earlier, on May 18, the government had decided to publish a revised map. The Ministry of Land Management, Cooperatives and Poverty had published the country’s political and administrative map by incorporating Limpiyadhura, Gunji, Navi and Kuti in it.

Besides, the meeting agreed to present a bill in the parliament for the ordinance to revive then provisions of Nepal Act.

The government also decided to give a public holiday on the occasion of the Id-Ul-Fitre, the festival of Islam. The day of the holiday will be fixed after Islam religious gurus choose an appropriate day for the festival, it is said.