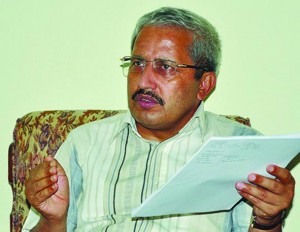 At an interaction organized by the All Nepal National Free Students Union (ANFSU) on the context of issues of the Medical Education and its implementation’ here on Tuesday, Minister Pokharel appealed them to charge the medical students fees in compliance with the government-set fees structure.

The government in October last year had set the fees for MBBS courses at Rs 3.8 million for private colleges in the Kathmandu Valley and Rs 4.24 million for those outside the Valley.

Warning of stern action if the additional fee was not returned, the Minister shared about a new task force formed to revise the existing fees for the MBBs studies in approval of the concerned University, Institutes and private medical colleges.

Stating that the National Medical Act was formulated through collective effort, he pledged that the anomalies prevailing in the medical education sector and health sector would be addressed.  He reaffirmed the government’s commitment towards making Nepal an education hub.

Similarly, Nepal Communist Party (NCP) leader Khagaraj Adhikari viewed that if the private medical college operators could not operate their colleges in compliance with the government’s criteria, they should hand over their colleges to the State. Nepali Congress leader NP Saud spoke of the need to correct the shortcomings in the National Medical Act.

At the programme chaired by AANFSU Chairman Ain Mahar, General-Secretary of the Association of the Private Medical College Operators Sunil Sharma said that they were ready to abide by the National Medical Act. He underscored the need to revise the existing fees and determine a new fee structure.