Forever in our hearts: Bollywood mourns the demise of Raju Srivastav 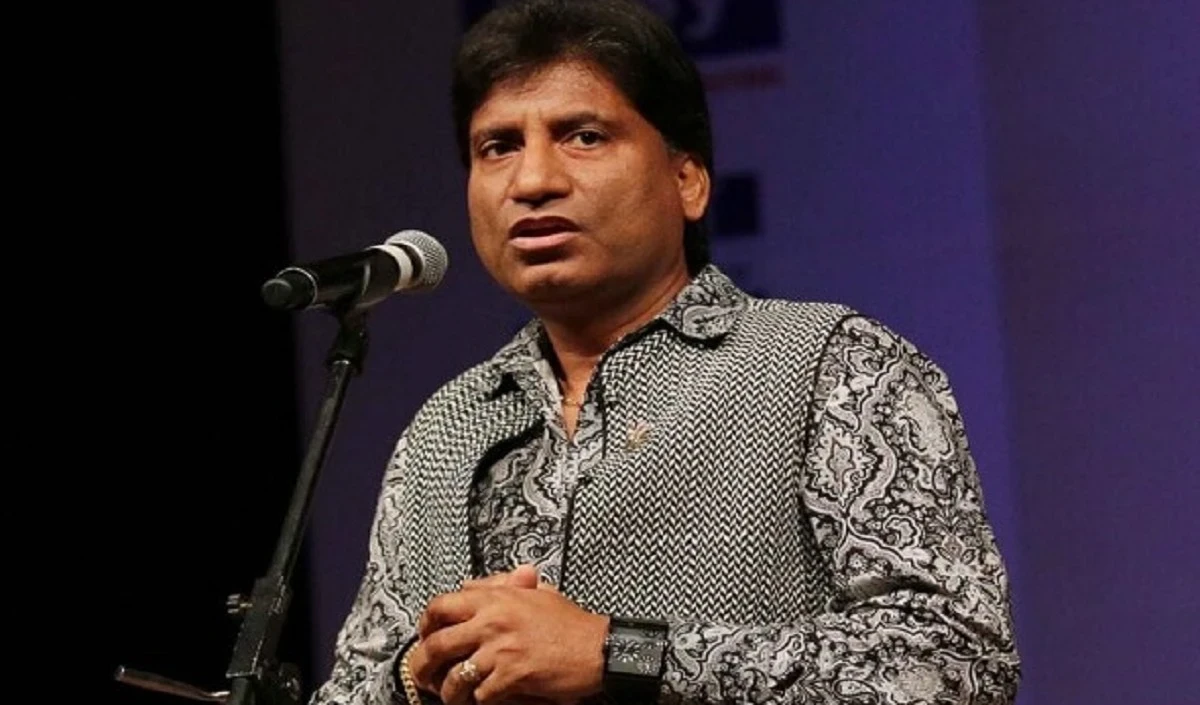 New Delhi (ANI): Jovial, vibrant, and full of life -- the Indian film and television fraternity outpoured its love for comedian Raju Srivastav who passed away on Wednesday at the age of 58.
Paying condolences, superstar Hrithik Roshan took to Twitter and wrote, "Forever in our hearts. Rest in peace Raju Srivastava Sir. My condolences to the family."
Star actor Ajay Devgn thanked Raju Srivastav for making people laugh throughout his lifetime. "In your lifetime you gifted us laughs & more laughs, on & off the screen. Your untimely demise makes me very sad. RIP Raju. Shanti.May the Almighty give your family strength in this hour of bereavement," he tweeted.
Raju Srivastav died in Delhi on Wednesday at the age of 58, his family confirmed his death to ANI. The comedian died after 41 days of hospitalisation. He was admitted to AIIMS Delhi on August 10 after he experienced chest pain and collapsed while working out at a gym.
Members from the entertainment industry expressed their heartfelt condolences on social media ever since the news about Raju Srivastav's demise came out.
Calling Raju Srivastav "Laughter King", Raveena Tandon tweeted, "You will be missed." Comedian Bharti Singh said that she is "extremely shocked."
"Shocked & Broken with the news of our favourite #RajuSrivastav Ji. My heartfelt condolences to his family. #riprajusrivastav," she wrote.
Like others, Raju Srivastav's demise has left comedian and actor Rajpal Yadav heartbroken.
"I have no words to describe this loss. You have left us all too soon. You will be missed my brother. I just can't believe this," Rajpal Yadav tweeted.
Raju Srivastav was in the entertainment industry since the 1980s and shot to fame after participating in the first season of the reality stand-up comedy show 'The Great Indian Laughter Challenge' in 2005.
During his stint on the show and even after that Raju, who was known most for his acute scrutiny and comical timing about various Indian aspects of life, became very popular for his stage character 'Gajodhar Bhaiya'.
Subsequently, he also took part in the show's spin-off, 'The Great Indian Laughter Challenge - Champions', where he won the title of 'The King of Comedy'.
After gaining popularity as a comedian, he worked in TV shows like 'Bigg Boss', 'Comedy Circus', 'Raju Hazir Ho', 'Comedy Ka Maha Muqabala' and 'Laugh India Laugh'. In 2009, he participated in Colors TV's dance reality show 'Nach Baliye' as a dance couple with his wife Shikha. Raju also appeared on 'Comedy Nights with Kapil'.
After conquering the world of comedy and making a permanent place in his audience's heart, he also expanded his reigns in politics. For the 2014 Lok Sabha election, the Samajwadi Party fielded him from Kanpur.
However, Raju returned the ticket on March 11, 2014, stating he was not getting enough support from the party's local units. Following this, on March 19, 2014, he joined the Bhartiya Janta Party, where Prime Minister Narendra Modi nominated him to be part of the Swachh Bharat Abhiyan.
Since then, through his events in different cities, Raju promoted cleanliness and made various music videos for the cause. He also shot various TV commercials and social service message videos for 'Swachh Bharat Abhiyan'.
The comedian was admitted to the hospital on August 10 after a heart attack. He was experiencing chest pain and collapsed while working out at the gym. Post this, his trainer took him to the hospital.
Reportedly, the 58-year-old was running on the treadmill when he complained about chest pain. He underwent an angioplasty the same day. After staying on the ventilator for several weeks, he finally passed away on Sep. 21 : .
In a world where people struggle with sorrows and disappointments on a daily basis, Raju Srivastava's comedy brought that much-needed spark of laughter to the common Indian. Though the ace comedian will never crack a joke again, his legacy of jokes, laughter and joy will continue to live for generations to come.