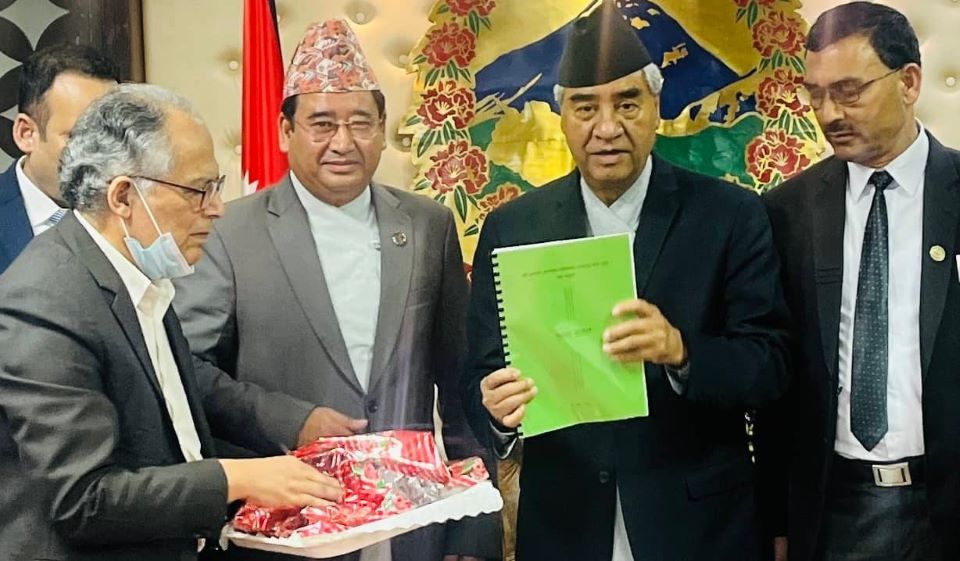 Kathmandu: The experts' group formed by the government to study on the feasibility of building an international airport in Nijgadh of Bara district has submitted its study report to Prime Minister Sher Bahadur Deuba today.
Convenor of the experts' group Birendra Bahadur Deuja handed the report to thePM in the presence of Minister for Culture, Tourism and Civil Aviation, Jeevan Ram Shrestha, amidst a programme at the Prime Minister's residence, Baluwatar this morning.
The experts' group was formed as per a decision made by the government on August 11 in pursuant to a mandamus order of the Supreme Court.
The experts' group has concluded that an international airport with full-capacity is needed to handle the increasing air traffic for the long-term development and prosperity of Nepal.
As per the report, around 4,000 hectares area within approximately 9,000 hectares area lying between the Pasaha River and the Bakaiya River adjoining the East-West highway and the Kathmandu-Tarai Express Way would be an appropriate location for the full-capacity international airport.
The experts' group has recommended to fully abandoning the concept of 'airport city' keeping in mind the Supreme Court's order to reduce the felling of trees and environmental damage. It has also recommended to declare around 9,000 hectares as the protected zone and to use only about 4,000 hectares area for the airport, the construction of which is to be carried out in different phases.
The report has recommended that the airport management should carry out works like prevention of river erosion and other conservation works including protecting the trees in the remaining areas. It has stated that trees in only around 1,500 hectares area be cut in the first phase and not to cut the trees in the remaining area until the commencement of the second phase construction works.
It is stated in the report that the construction of the airport should be done by preparing an environmental management plan after fulfilling its legal process and procedures and taking the necessary approval. It has reminded the government about its constitutional obligation to make the necessary legal arrangements for maintaining appropriate balance between development and the environment while carrying out works of development.
Recommendation for two-way international air route
The report states that two routes can be proposed enabling airplanes to fly in the Nepali sky once the full-capacity international airport is constructed and brought into operation. The proposed two Himalayan routes are the Kathmandu-Guwahati-Kunming and L 626 (Kathmandu- Mahendranagar- New Delhi). These two routes could be made two-way and doing so would significantly reduce the distance, time and fuel consumption of the two-way international flights to and from countries in Europe, the Middle East, East Asia and Pacific regions. This will reduce the carbon-emission as well, the report suggested.
It is also stated that the more delay there is in the construction of the full-capacity international airport, the more costly and complicates it will become, which will ultimately delay the development benefit to Nepal.
In this context, the report has suggested to form a development authority with special powers to build the airport on a time-bound manner at the earliest.
On the occasion, PM Deuba stressed on the need of constructing the international airport in an expeditious manner. He also thanked the experts' team for timely completion of its works and responsibility. 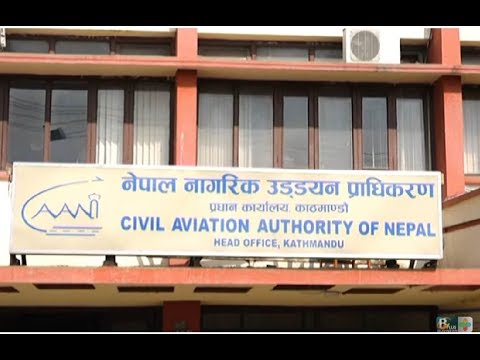 CAAN to take action against flying kite around TIA 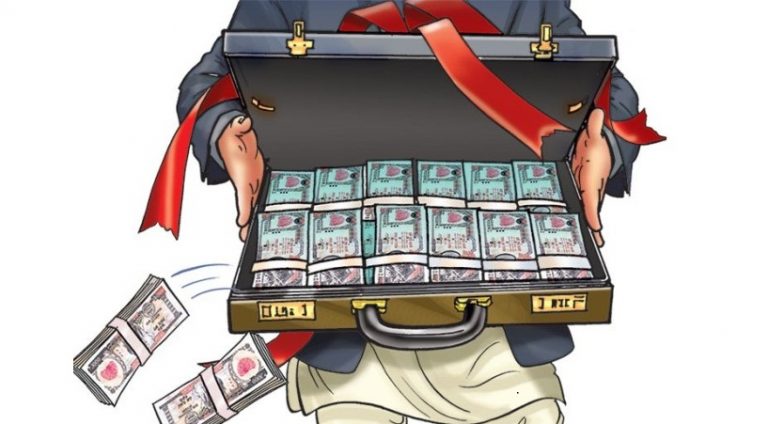 Call for reforms in transparency of fiscal information 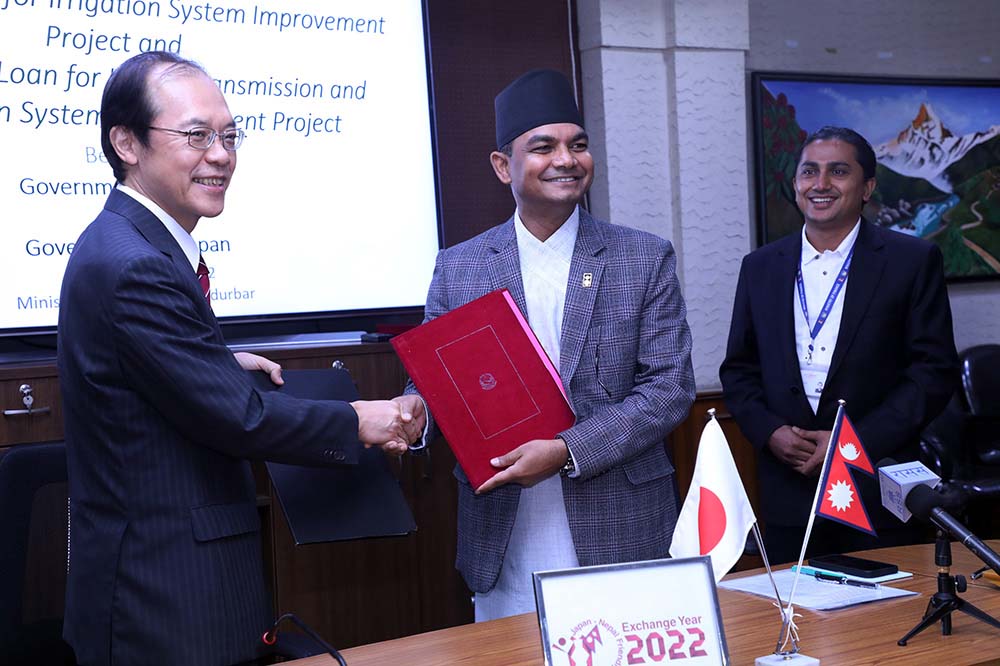 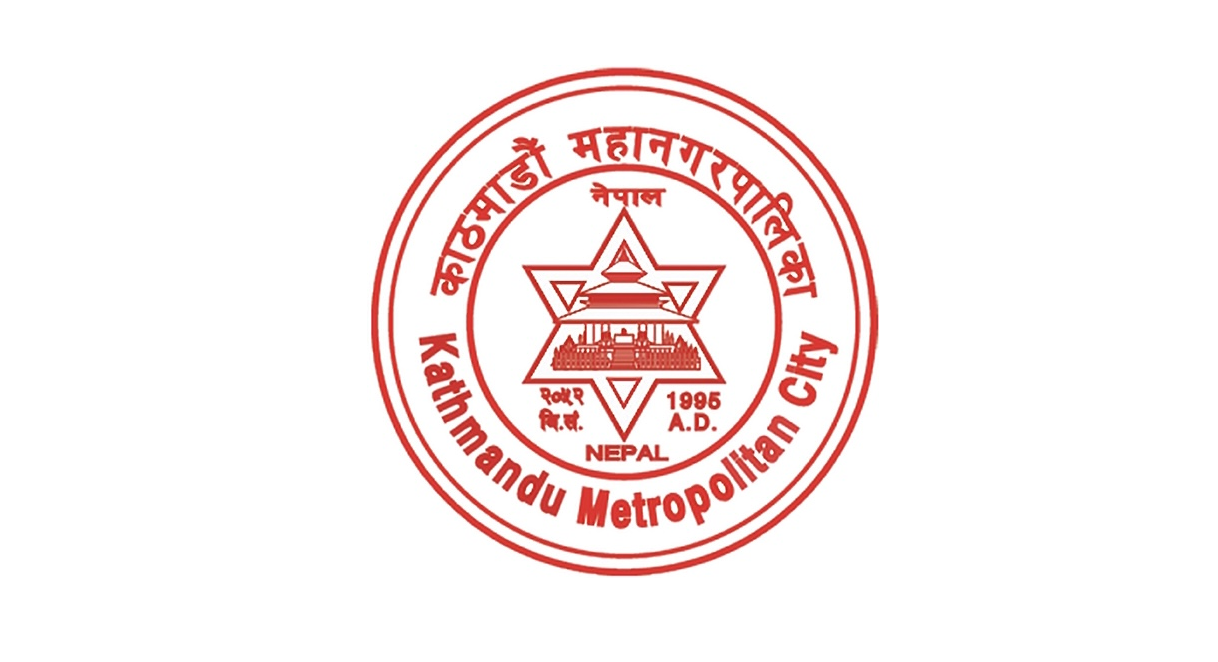 Ban on outdoor advertising in Kathmandu

WB agrees to provide confessional loan worth around Rs 52.75 billion