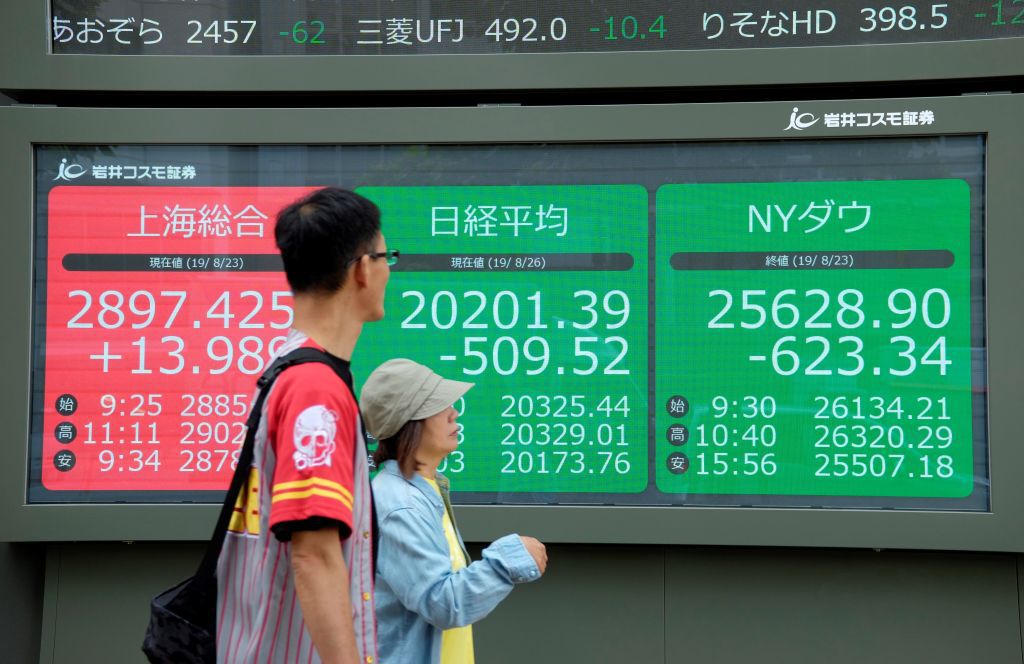 TOKYO (AFP) - Tokyo stocks closed lower Monday on renewed fears of interest rate hikes following hawkish comments from US Federal Reserve officials.
The benchmark Nikkei 225 index fell 0.47 percent, or 135.83 points, to 28,794.50, while the broader Topix index lost 0.10 percent, or 1.93 points, to end at 1,992.59.
The dollar stood at 137.22 yen, against 136.93 yen seen Friday in New York.
With an annual meeting of central bankers in Jackson Hole, Wyoming, coming up this week, investors are likely to refrain from "aggressively pursuing" gains, Okasan Online Securities said.
Rekindled concerns over rate hikes added to the cautious mood, after Fed speakers made comments that investors took to mean a slowdown in rate hikes may not be forthcoming after all.
Last week, St. Louis Federal Reserve President James Bullard reiterated his calls for another 0.75 percentage point hike, while San Francisco Fed chief Mary Daly said that raising rates by 50 or 75 basis points in September would be "reasonable".

"While we may be close to the end of the beginning of the current tightening cycle, we are still a long way from the end," senior FX strategist Rodrigo Catril from National Australia Bank said.
Some investors bought back, however, after China's central bank trimmed its key rates in an attempt to boost the world's second-largest economy, Daiwa Securities said.
SoftBank Group dropped 0.43 percent to 5,739 yen, Sony Group slid 0.58 percent to 11,930 yen, and Uniqlo operator Fast Retailing slumped 0.40 percent to 85,210 yen.
Hino Motors was down 3.53 percent at 629 yen after the company said it would suspend shipments of its small truck Hino Dutro while announcing that an additional 76,694 vehicles had been affected by an engine data falsification scandal.
Shares in Hino's parent company Toyota were unchanged at 2,150, while its rivals were mixed, with Honda closing up 0.27 percent at 3,723 yen but Nissan slipping 0.37 percent to 534.2 yen.
---