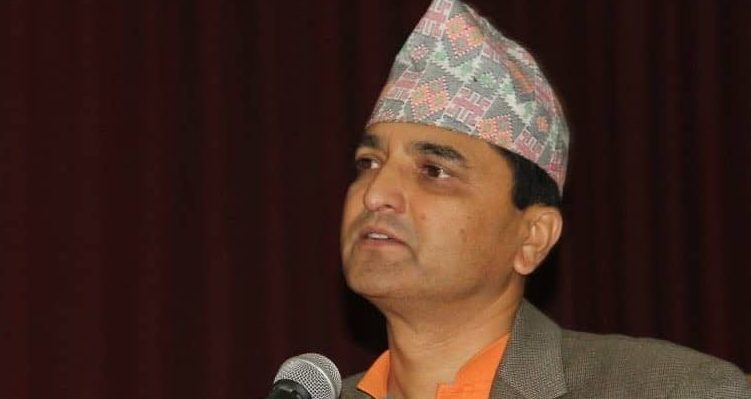 Kathmandu: Minister for Culture, Tourism and Civil Aviation, Yogesh Kumar Bhattarai, has made public one year action plan of the Ministry including policy-level reforms, development of a system, strengthening of aviation sector and making Visit Nepal Year 2020 a success.

Organising a press conference at the Ministry on Monday, Minister Bhattarai shared 141-point action plan with a priority to make the Ministry’s performance effective and result-oriented.

The Ministry has come up with programme in coordination with its subordinate bodies with an objective of making overall development of tourism sector to promote country’s economy, forwarding tourism infrastructure development in an effective manner.

The action plan has incorporated upgrading of Tribhuvan International Airport and service management as per international airport criteria. Minister Bhattarai has the determination to build a strong foundation for the development of a new system through legal and policy reforms as per strategic plan if long-term importance.

Minister Bhattarai said that pre-conditions would be fulfilled in order to remove Nepal’s aviation sector from the back list put by the European Union and a new law would be formulated by building separate structure of service provider and regulatory body of aviation sector for the same purpose.

An arrangement would be made to operate Nepal Airlines Company as a public company by reforming the NAC management. The Tourism Minister added that a draft of amendment of necessary laws for the operation of NAC as a public company would be submitted in the cabinet soon.

The action plan incorporates that main task would be concluded before Visit Nepal Year 2020 after completing the remaining task to establish TIA into a boutique airport before the deadline, making immigration smooth and TIA service technology-friendly.

Minister Bhattarai said that activities would be forwarded in order to announce boutique airport before January 1, 2020. The arrangement of 50 per cent concession to the citizens above 70 years in air fare would be made, reads the action plan.

Minister Bhattarai has a plan to build infrastructures and beautify Tinkune-Gaushala road by declaring the road as international airport area. The plan focuses on managing duty free Nepali products at the entrance of Tribhuvan International Airport and managing a special lounge.

A package will be announced to complete civil and mechanical work of under-construction Gautam Buddha International Airport within 2019, operate test flights in the next three months and to encourage air company operating flights from foreign countries.

Likewise, an investment modality will be prepared to speed up construction of Nijgadh International Airport by holding talks with the Investment Board, and an action plan has been made to have a site clearance of the project in coordination with the human settlements and the Ministry of Forest.

A grand opening programme of Visit Nepal Year 2020 will be held on January 1, 2020 with participation of tourism ministers of various countries alongside programmes of ‘New Year In Nepal’ and ‘Global Tourism Minister Conclave’ in December, 2019 in cooperation with the United Nations World Tourism Organisation.

Likewise, grand opening programmes of the Visit Nepal Year will be held from the first week of January, 2020 in all diplomatic missions in Nepal and capital of all seven states.

A gathering of mountain summiteers, seminars and tourism investment summit will be held. An evening heritage journey will be initiated in Kathmandu, Lalitpur and Bhaktapur.